Panzanella with grilled peppers and mozzarella 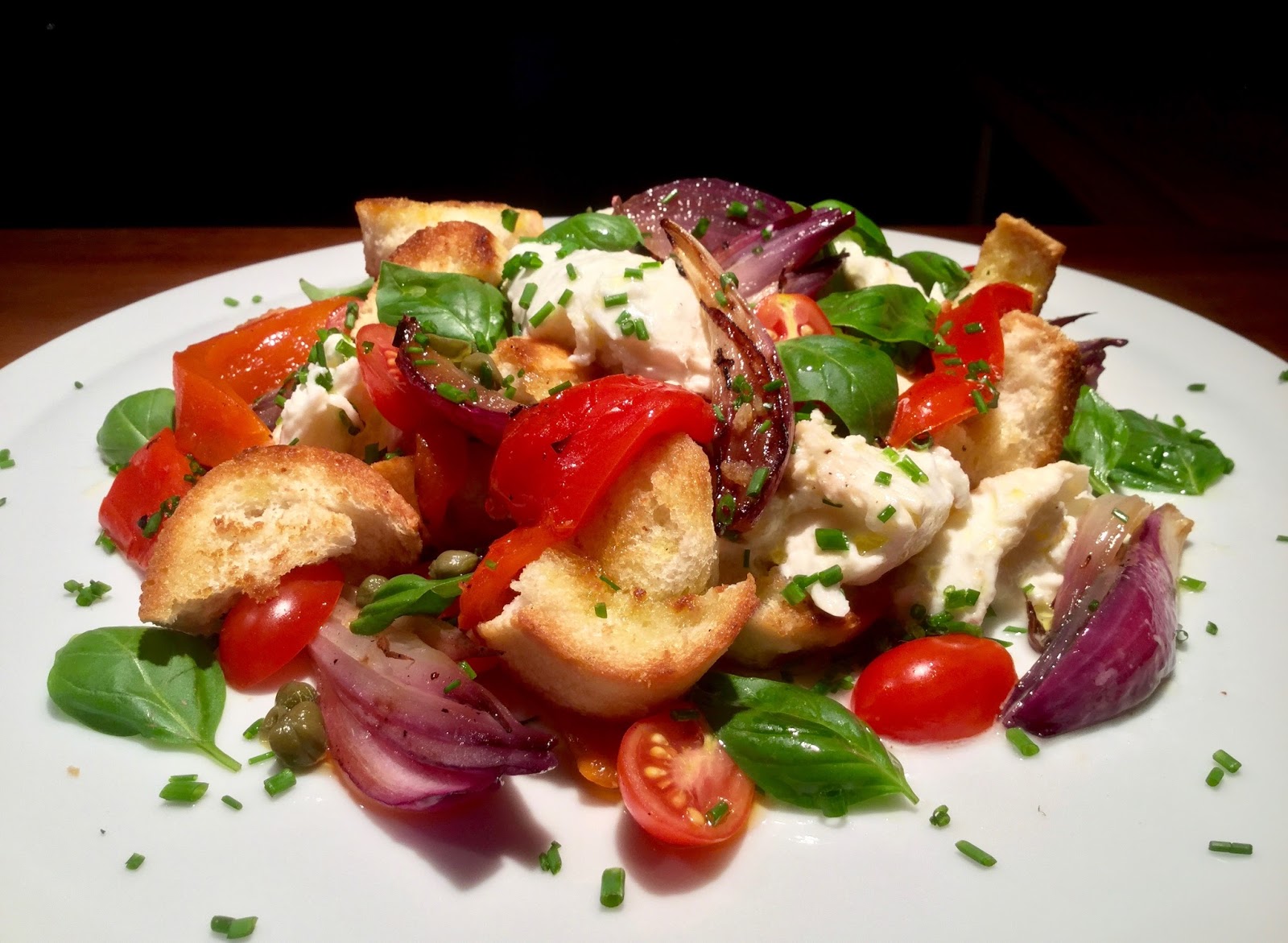 Wash the peppers, divide into quarters and remove the stalks, white partitions and seeds.

Place the skin side up on an oiled baking tray and slide under the hot grill. When the peppers are slightly browned, remove them from the oven and cover with a damp tea towel.

After cooling down, remove the skin with a small knife.

In the meantime, cut the onions into 8 slices.
Heat a little olive oil in a large pan and fry the onion slices on both sides. Salt, remove and set aside.

Cut the white bread into 1.5 cm thick slices and roast in the same pan with a little olive oil on both sides until crispy.

Shortly before serving, tear the bread and mozzarella into bite-sized pieces and add to the peppers in the bowl. Add the onion slices, the capers, the halved cocktail tomatoes, the basil leaves and the chopped chives and mix carefully.

Season to taste with a dash of vinegar and a few spritzers of olive oil, salt and freshly ground pepper and serve.