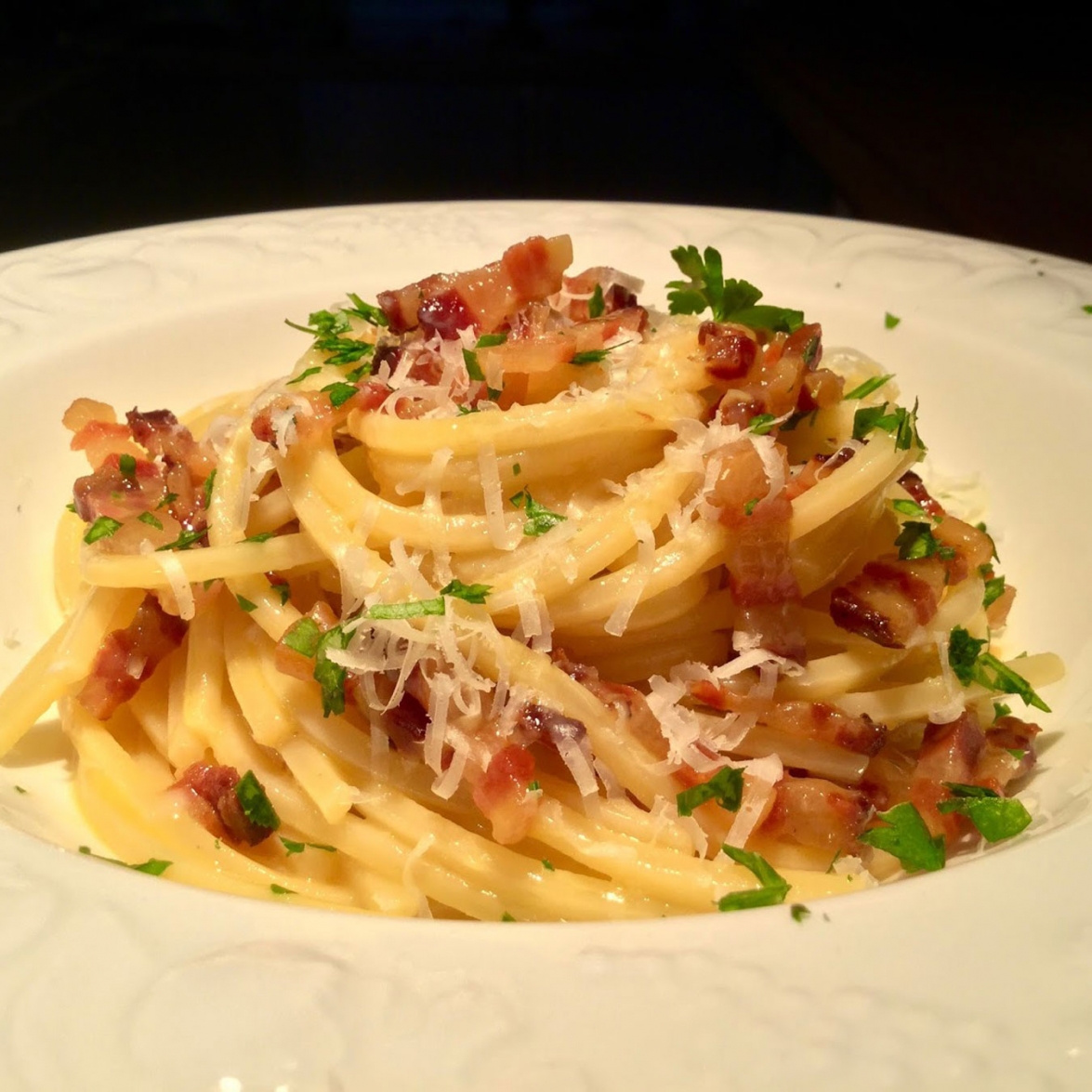 Cut the bacon into small cubes. Peel and crush the garlic clove.
In a large pan fry the bacon without oil with the crushed clove of garlic until crispy. Remove the garlic and set the pan aside for later.
In the meantime, cook the spaghetti al dente. Salt the water only slightly, as the bacon and pecorino are very salty.

Separate the eggs and put the yolks in a bowl. Beat a little with a whisk.
Fill the egg whites into a screw glass and freeze.
Add the pecorino to the eggs and pepper to taste.
Strain the spaghetti after cooking and add to the pancetta.
Pour the egg and cheese mixture over the pancetta and mix well. Sprinkle with pecorino and pepper and serve immediately.